Aimée is a cultural producer, production manager, writer, and editor based in Brisbane. She is co-founder of storytelling project Inside Voice, Podcast Producer of Screen Queensland's SQ On Air, co-host of the podcast LadyParts: girls on (genre) film, and fiction reviewer for Aurealis Magazine.

She has a long history of consultation and development for community arts, industrial organisations, and state and national cultural producers - most recently as Event Producer at Gold Coast Film Festival (2017), Public Programs Manager of Queensland Writers Centre (2013-2016), Festival Coordinator of National Young Writers' Festival (2012-2013) and as part of the Program Advisory Committee of Emerging Writers Festival (2014-2015). She is passionate about representation, access, innovation, and development of Australian stories. 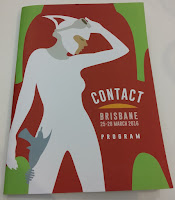 In 2014, Aimée was appointed Chair of the Australian National Science Fiction Convention 2016 Organising Committee for the development and delivery of Contact2016.

In 2018, Aimée and creative partner Sophie Overett launched Inside Voice, a cross-platform production team. Inside Voice expands on the ideas and themes currently at play in Lady Parts Podcast, creating new content showcasing women in storytelling. Inside Voice is a founding member and tenant of SQ Hub, an initiative of Screen Queensland. 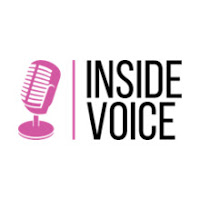